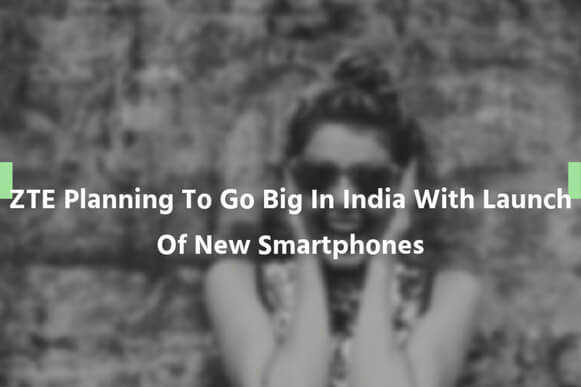 ZTE, a Shenzhen-based company, is one of the largest telecommunications equipment manufacturers and local wireless service providers in China. With a belief in their innovation and excitement for their products in the global market, ZTE began to expand in the international markets. The company has a strong presence in Asia, South America, North America, Africa and Europe. ZTE has been present in India since 1999 where they have flourished in the B2B business, selling telecom equipment to the likes of Airtel and Vodafone, and establishing a strong presence and commitment to the Indian market.

At the recently held BRICS Summit 2016, ZTE showcased the company’s upcoming products like the Axon 7, Axon 7 Mini, Blade V7 Lite, ZTE VR technology, Smart Home solutions, and the Spro Projector. During the event, Mr. Sachin Batra, CMO, ZTE Terminal India, said that in 2017, the company will launch a number of smartphones & smart products for consumers. He also added that 2017 marks a turning point for the company, and that ZTE’s strategies would be developed based on the customer response to these products.

As the Mobile World Congress is approaching, the Chinese telecom equipment manufacturer is all set to launch their new smartphones in India, early in February to create excitement amongst the Indian consumers. . As per our sources, ZTE will launch a smartphone priced between Rs. 7,000 – Rs. 15,000, and the smartphone will be available offline as well as online. With its low cost handsets, ZTE has already become the fourth largest smartphone vendor in the US, and in India too, the company will focus on the entry level market segment. To create a niche, the company wants to tap into the rural market, which still remains largely untapped. At BRICS 2016, Mr. Batra clearly mentioned that the company will focus on the entry level market segment even though they have plans to launch their flagship smartphones in India to showcase their engineering capabilities.

ZTE has been quiet with no smartphones launched last year. Mr. Batra stressed that this is going to change in 2017 and that the company is committed to providing integrated end-to-end innovations to deliver excellence and value to consumers in India. ZTE is working on creating new partners and training them to ensure that they have a large enough presence across the country, and the company is also working on creating about 25,000 touchpoints for the customers to experience their products. There are also talks about ZTE gearing up to launch its manufacturing facility in the country.

During the recently concluded CES 2017, ZTE was presented with the awards for “Top 10 Brands from China,” “Global Top 50 CE Brands,” “Global Top 20 Smart Connected Devices Brands,” and “Global Top 15 Smartphone Brands” at the Global Top Brands Awards Ceremony. ZTE is using this global recognition to establish its strength as a key player in the Indian market, too by providing consumers with innovative products. ZTE showcased their newly launched Blade V8 and Blade V8 Pro at CES 2017, which is directed at youthful, energetic consumers, and we hope to see them in India soon.