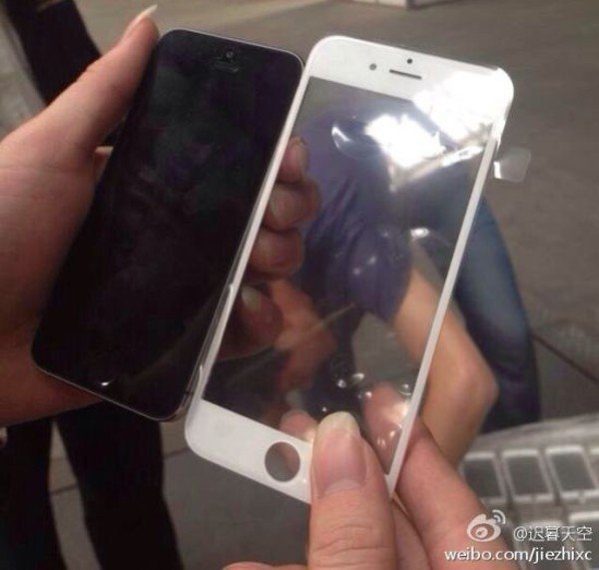 We’re  dealing with numerous reports and rumors concerning the anticipated iPhone 6, and again a alleged image of the front panel of upcoming iPhone. The latest shot has placed it next to an iPhone 5S, showing off the rumored larger screen of Apple’s next smartphone. The image has been shared on the Chinese social network Weibo, and mentions as – “what we’re looking at is the front panel of the iPhone 6, sized up against the iPhone 5S.”

If the image you see above does turn out to be true (as the image shot suggests the same), it will be no longer to have a phablet sized iPhone in your hands. In the above image, iPhone 6 front panel is sized up against the iPhone 5S, that clearly shows that Apple has finally resigned itself for a large-screened display on smartphones.

Earlier this, we have heard on a couple of occasions that Apple’s next-generation iPhone 6 will come in two sizes: one with a 4.7-inch display and another with a 5.5-inch display. It is also reported that the upcoming iPhone would have a thin body with reduced bezels around the screen. Also, in an alleged leaked document (schematic design), the physical measures of the upcoming Apple iPhone 6 was reported.

We’re sure to have an increasing amount of Apple iPhone 6 leaks in the coming months. The iPhone 6 has not yet  got any official words from Apple.