Microsft has already released Xbox One SmartGlass App for Windows Phone 8 users, and now Microsoft’s next-gen gaming experience arrived for Android and iOS users in the form of Xbox One SmartGlass App. SmartGlass is the perfect companion app for the Xbox One gamers that allows you to connect and control your Xbox One. With SmartGlass app on your mobile device you can live with the games and  gamers you like, both in your living room and on the go. 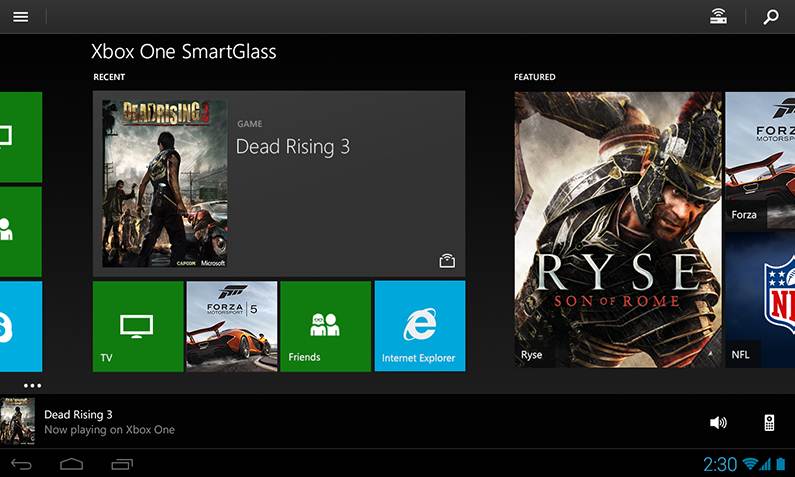 Features of Xbox One SmartGlass App:

In the living room

In the living room and on the go

Search, browse, and pin content to play on your Xbox One console

With only a few days left untill the Xbox One arrives in the stores, you can enjoy your console entertainment to the next level with SmartGlass companion app for Android and iOS.