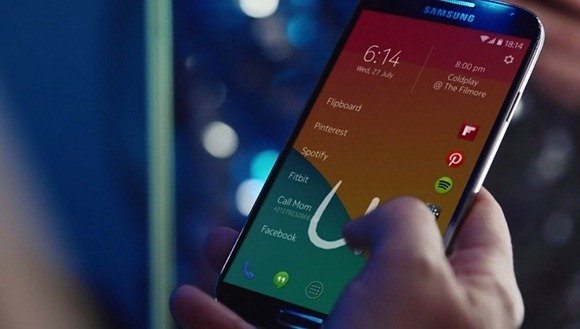 “Finding the right app or contact – your Ace of Spades – constantly changes depending on where you are, what you’re doing, and what time of day it is. We’re introducing a pre-beta version of the Z Launcher to help change this.”

If you do not know, Nokia was acquired by Microsoft last year and after acquisition they went ahead with the launch of their Android smartphone that includes Nokia X, Nokia X+ and Nokia XL. The core functionality of Z launcher is about cutting through all the crap on your smartphone, it gives you a clear short list of relevant apps, contacts & reminders, all right on your home screen. The Z launcher app lets you know find & access app quickly instead of browsing for it. It surfaces app on the screen after learning your habits & other indicators such as locations, time of the day, etc.

After installing the Z launcher, on the top – you have the time, date and one upcoming calendar event. Tapping the time or calendar will open Android’s clock app and Calendar app respectively. Then there is some space for few apps, contacts or web page. At the bottom there is again space for shortcuts which we generally find on all launcher apps. The Z launcher has a unique feature called Scribble and it allows you to draw or write first letter on the screen with your finger and then jump directly to a list of apps and contracts that begin with that letter.

Currently, the Z launcher is in beta and it is available for download free as a pre-beta release. It is compatible with most modern Android phones that runs on Android 4.1 or later. It is already tested with Samsung Galaxy S5, Samsung Galaxy S4, Samsung Galaxy S3 and Google Nexus 5. For you information, the availability is limited and to download the Z launcher, you will have to go to ZLauncher.com from your smartphone and follow the instructions.