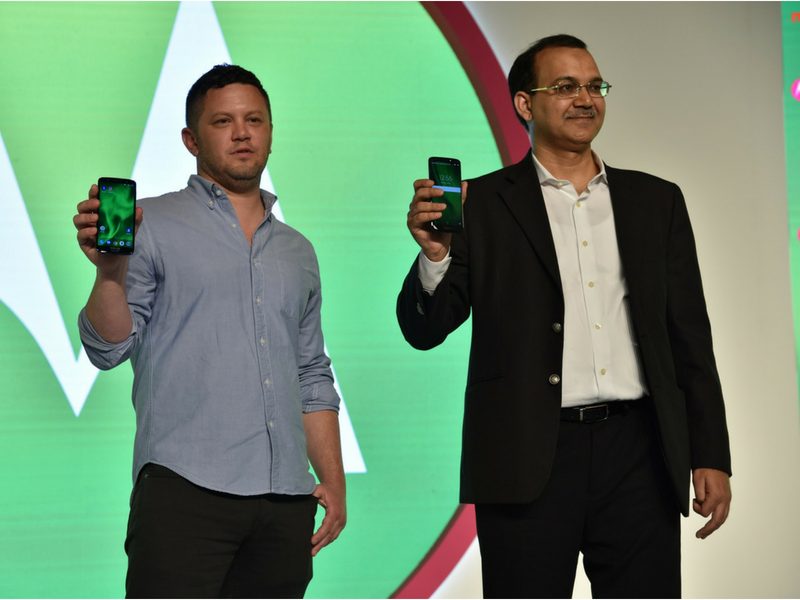 Lenovo-owned Motorola has launched the company’s latest smartphone – Moto G6 in India at a starting price tag of Rs. 13,999. It comes in Indigo Black colour and available exclusively on Amazon India starting from today as well as from the company’s network of Moto Hub offline stores. The Moto G6 comes in two variants – 3GB RAM with 32GB internal storage cost Rs. 13,999 while 4GB RAM with 64GB internal storage cost Rs. 15,999. Originally, Moto G6 launched in Brazil back in April this year and it is the successor of last year Moto G5.

The Moto G6 smartphone comes with launch offers like flat Rs. 1,250 discount with HDFC Debit & Credit cards as well as on EMI transactions. Additionally, there’s also no-cost EMI up to 9 months, up to Rs. 1,000 extra off on the exchange, up to 80 percent off on Kindle ebooks (up to Rs. 300), and 1-year of Amazon Prime subscription worth 999 with Airtel 4G Monthly postpaid plans of Rs. 499 and above. Rs. 1,200 cashback available on mobile recharges on Paytm for those who shop using the Paytm Mall QR Code at Moto Hubs.

On the specifications front, the Moto G6 features edge-to-edge, 5.7-inch Full HD+ Max Vision IPS display with a resolution of 1080 x 2160 pixels, has 18:9 aspect ratio, and wrapped in scratch-resistant Corning Gorilla Glass with a 3D contoured back. The Moto G6 powered by 1.8GHz Octa-Core Qualcomm Snapdragon 450 processor which is paired with Adreno 506 GPU & 3GB/4GB of RAM. The smartphone runs on Android 8.0 Oreo operating system and has 32GB/64GB internal storage which can be expanded further up to 128GB via microSD card.

On the camera side, the Moto G6 features dual rear camera setup – 12-megapixel primary sensor with f/1.8 aperture and a 5-megapixel secondary sensor for portrait shots. The rear camera comes with features like bokeh depth-of-field Portrait Mode, a Text Scanner mode that converts an image into text, a Spot Colour mode that lets users retain colour on only one object in the image, while turning the rest of the photo monochrome, and Face Filters. On the front, there is a 16-megapixel front-camera with LED flash, and low light mode, which lets in up to 300% more light.

At the launch event, the company announced that the latest Google Lens integration is coming to the native camera app, with landmark recognition and smart text selection.

The Moto G6 comes with a fingerprint sensor on the front below the display, a water-repellent coating protects the phone from splashes or light rain, 3D glass back scratch-resistant Corning Gorilla Glass protection, Moto Display, Moto Voice, Moto Actions, and another usual set of Moto features. In addition to this, there is also a face unlock feature.

The smartphone comes with integrated Dolby Audio preset mode on the speaker.

At such a price tag, the Moto G6 will compete with Xiaomi Redmi Note 5 and the Asus ZenFone Max Pro M1.