Lenovo-owned Motorola has launched the company’s latest smartphone in the Moto G series – Moto G5 in India at a price tag of Rs. 11,999. The smartphone comes in Lunar Gray & Fine Gold colours and available on Amazon.in starting from today midnight. Originally, the smartphone was introduced at MWC 2017 back in February and there are a number of launch offers like Amazon Prime customers get Rs.1000 in Amazon Pay balance, up to Rs. 500 off on exchange of an old smartphone, HDFC credit card users will get Rs. 1000 cashback, early buyers will also get 16GB micro SD card along with the Moto G5.

On the specifications front, Moto G5 features 5-inch Full HD display with a resolution of 1920 x 1080 pixels and protected by Corning Gorilla glass 3 protection. The smartphone is powered by 1.4GHz Octa-Core Qualcomm Snapdragon 64-bit processor which is paired with Adreno 505 GPU & 3GB of RAM. The smartphone runs on Android 7.0 Nougat operating system and has the 16GB inbuilt memory which can be expanded further up to 128GB via microSD card.

The smartphone has dual-SIM support and connectivity features like 4G VoLTE, WiFi 802.11 a/b/g/n ((2.4 & 5 GHz), Bluetooth 4.2, GPS. The smartphone comes with a sensor like accelerometer, ambient light sensor, gyroscope, and a proximity sensor.

The smartphone measures 144.3x73x9.5mm and weigh 144.5 grams. The smartphone comes preloaded with the Amazon, Amazon Prime Video, and Kindle apps.

The Moto G5 has a removable back cover and removable battery. The smartphone comes with a fingerprint sensor which is embedded into the home button and like earlier Moto smartphone, it is also water repellent nano-coating.

At such a price tag, the Moto G5 compete with Xiaomi Redmi Note 4, Lenovo K6 Power and few others. 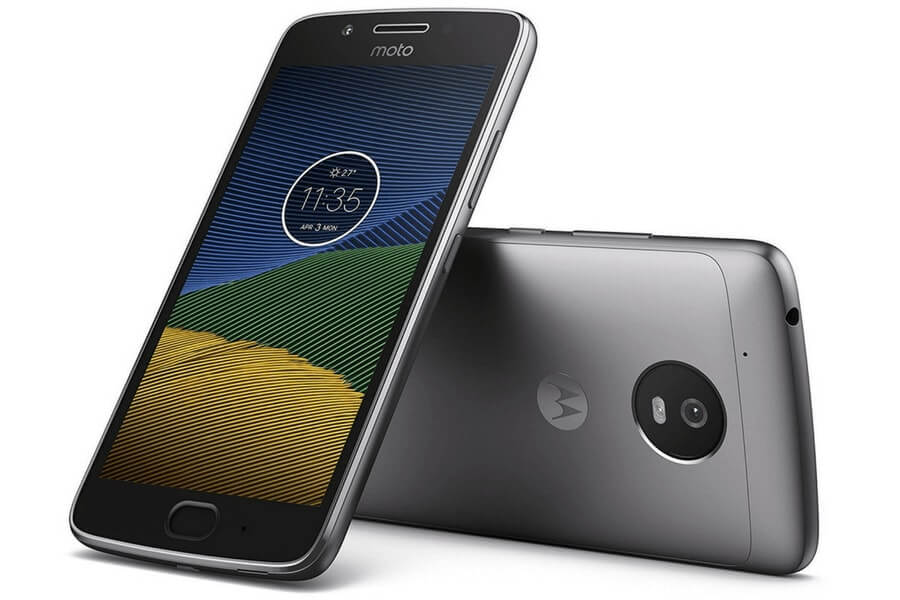