Microsoft has officially launched the company’s latest smartphone – Microsoft Lumia 650 in India at a price tag of Rs. 15,299. It comes in matte black white colour. Originally, it was announced back in February 2016. It has metal frame and it is only just 6.9mm thick. 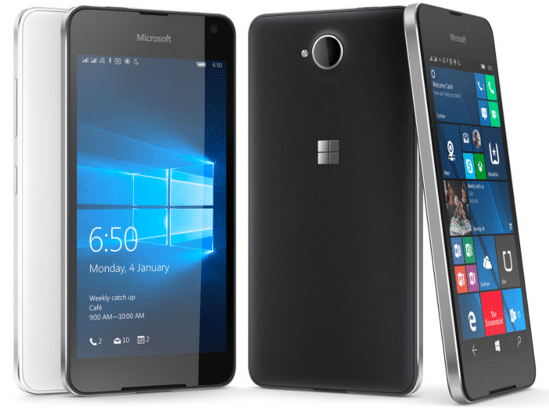 “We crafted the Lumia 650 with the finest detail while delivering a consistent and familiar Windows 10 experience. Lumia 650 brings the best of Microsoft productivity, beautiful design and an affordable price. The device is perfect for enterprises and Windows fans alike.”

On the specifications front, it features 5-inch HD AMOLED, ClearBlack display with a resolution of 1280 x 720 pixels and it is powered by 1.3GHz quad-core Qualcomm Snapdragon 212 processor which is paired with 1GB of RAM. It runs on Windows 10 operating system and it has 16GB in-built memory which can be expanded further up to 200GB via microSD card.

On the imaging front, it features 8MP auto-focus rear-camera with LED flash and 5MP front-facing camera for selfie & video-calling.