Smartphone technology is going beyond the Full HD display for mobile phones. LG Display, a leading innovator of display technologies, has announced that it has developed the world’s first Quad HD AH-IPS LCD panel at 2560X1440 resolution with 538ppi for smartphones. The firm’s panel measures up at 5.5-inches and is only 1.21mm thick, and just 1.2mm at its bezel. Company claims that the new 5.5-inch Quad HD panel is the highest resolution and ppi mobile panel to date. 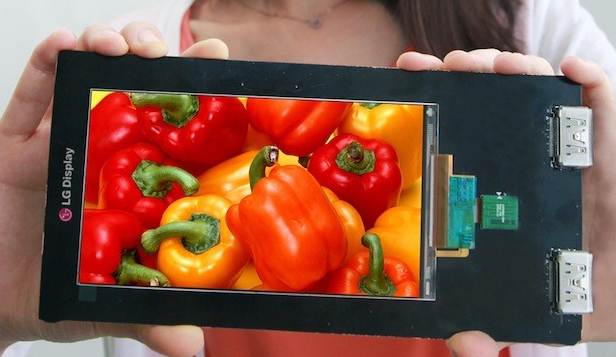 According to the company, LG Display’s new Quad HD panel is both the world’s slimmest and narrowest panel, with 12% reduced thickness compared to the company’s 5.2-inch Full HD panel released last month.