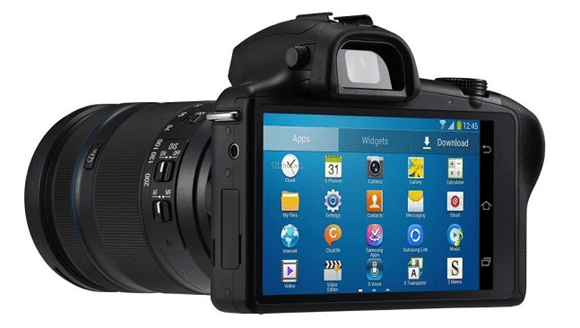 According to rumors, Samsung Galaxy NX will be an Android powered camera with interchangeable lenses, a 20.3MP sensor with Full HD 1080p video, an ISO range of up to 25,600 and a 4.3-inch high resolution display adorning the rear. The device expected to come with dual-core processor or it may be comes with quad-core Exynos processor. The best thing I like is that, the camera has a viewfinder, which is something hard to come by these days.