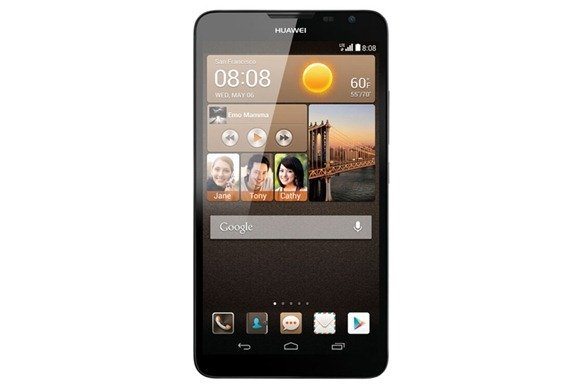 At CES 2014, Huawei has officially announced the Huawei Ascend Mate 2 and it comes with 6.1-inch screen size and brings 4G LTE connectivity. Huawei Ascend Mate 2 features a 6.1-inch screen (1280 x 720 pixels), powered by 1.6GHz quad-core Snapdragon 8928. It has 13-megapixel camera around the back and a 5-megapixel camera on the front for selfies and video calls. It packs 4050mAh lithium-polymer battery and comes with connectivity features like 802.11ac and Wi-Fi, Bluetooth 4.0.

“With Huawei Ascend Mate2 4G, we are bringing the benefits and convenience of superfast connectivity to people everywhere. Huawei Ascend Mate2 4G is power-packed for the mobile generation who want non-stop entertainment on the go, such as the ability to snap and download photo albums in seconds or use their smartphone as their mobile office.”

On software side, it comes with Huawei’s Emotion UI 2.0 with simpler design, new one-handed features for larger devices, more options for controlling apps, calls and social networking. Huawei Ascend Mate 2 upgraded and now it incorporates 4G LTE including AT&T and T-Mobile networks, so now you’ll be able to access the data at more quick speed.

Right now, there is no word on the pricing and availability, as soon as information available we will update you with this.