At the Zenfestival in India, Asus has launched the ZenPad 7.0 at a price tag of Rs. 11,999 and comes with Audio Cover starting Rs. 14,999. Originally, it is launched back at the Computex back in June and it comes in Black, White & Aurora Metallic colours. 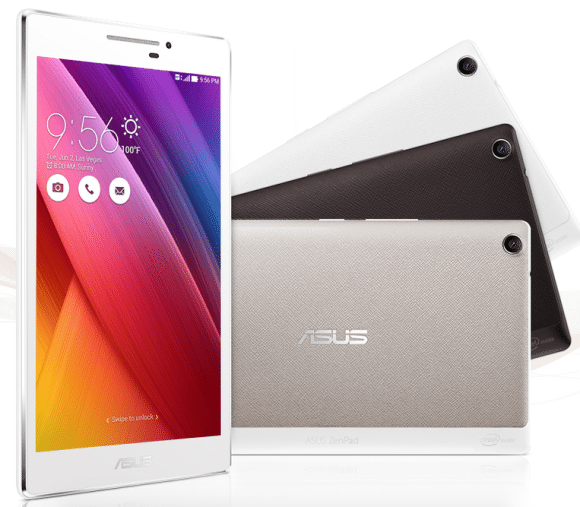 On the specifications front, it features 7-inch HD fully laminated display with a resolution of 1280 x 800 pixels and it is protected by Corning Gorilla Glass. It is powered by Intel Atom X3-C3220 quad-core 64-bit processor which is paired with Mali-450 MP4 GPU and runs on Android 5.0 with Zen UI on top of it. It comes in two variant – 1GB RAM with 8GB in-built memory & other one is 2GB RAM with 16GB in-built memory, in-built memory can be expanded further by using microSD card.

On the imaging front, it features 5-megapixel auto-focus rear-camera and 0.3-megapixel front-facing camera.