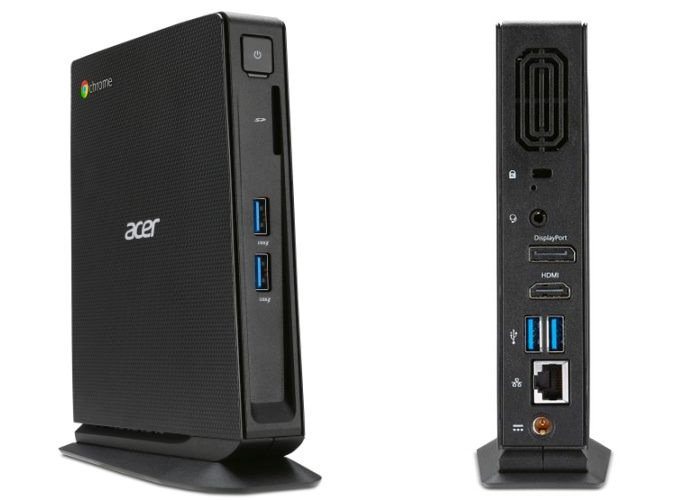 Acer Chromebox now available at a starting price tag of $180 in United States. Originally, it was announced back in month of August and it runs on Google’s Chrome Operating System. It is available from retailers like TigerDirect, PC Mall, Newegg, and Rakuten.

On the specifications front, it is powered by Intel Celeron 2957U Haswell processor which clocks at 1.4GHz with either 2GB or 4GB of RAM. There’s 16GB of internal storage in both versions. The Acer Chromebox also features four USB 3.0 slots, Gigabit Ethernet, 802.11a/b/g/n Wi-Fi, Bluetooth 4.0, a HDMI and Display port, SD card reader, and an audio jack.

The model with 2GB of RAM costs $180, while the 4GB variant of the Acer Chromebox comes with a slightly higher $220 price tag.